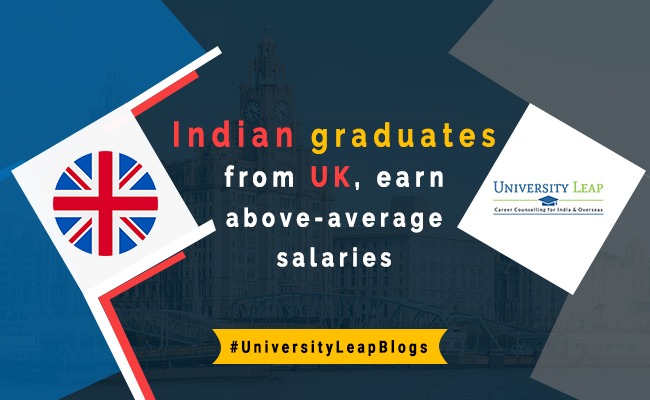 According to a study conducted by “Universities UK International”, a common body that represents universities across England, North Ireland, Scotland and Wales; about 62% Indian students return to their homeland after the completion of their courses, while 16% work in the United Kingdom. Rest of the students enroll themselves in courses outside of UK universities. Out of them, 4% leave for the United States to pursue their careers ahead.

A survey was conducted on around 1,000 Indian students amongst the 16,000 students from other Nationalities who studied in the United Kingdom between 2011 and 2016 period. The results found are given as follows:

It is interesting to note that the percentage of students going to UK for higher studies has increased by 42% in the last one year. While the number of Indian students studying in UK got almost double in the last two years. These are the latest immigration statistics provided by the UK Home office.

UK is not just a preferable destination for Indian students but also Indian seeking to travel for vacations and business. In total 6,10,000 Indian nationals got the visa to visit the United Kingdom which accounts to be almost 1/5th of the total visas that were granted overall.

If you want to study in United Kingdom, or want to explore higher education opportunities in other countries, then connect with the best career counsellor in Delhi, Ms. Sakshi Mittal. Ms. Sakshi is our Senior Career Counsellor & Director at University Leap. With career counselling certifications from UCLA – USA, NCDA – USA, she holds a Post Graduate degree in Psychology from the University of Manchester. Book your appointment: 09899101239 or sakshi@universityleap.com